During my experience as a Christian, I’ve been lucky enough to explore the depths of my faith in unbelievable ways. I’ve discovered how the Bible speaks in many voices on many topics, that faith can be incredibly meaningful, and that there are countless ways to continue discussing Christian identity and the implications.

With this being said, it surprises me that I keep having to hear about sex more than these other topics. When there are so many other unexplored avenues and poignant issues surrounding believers, why do we continue to be obsessed with sex?

Purity is the central emphasis to define Christian identity, especially for Evangelical youth. This topic is continually discussed, and because of the language/imagery used, these talks tend to hit young girls worse than boys. The pressure to uphold this virtuous life is damaging to an already vulnerable female psyche.

Women already face more issues in general within the church. Interpretations and further misapplications of ancient patriarchal cultures have been used throughout history to promote the concept that women are inferior. The church has used this tradition of interpretation to soften the voices of women throughout history, and even continues to do so today. Women face discrimination when attempting to be church leaders. Domestic violence and abuse have continued to be a prevalent problem in the church that is ignored and covered up. Female sexuality and objectification is simply one among many of these hosts of issues that women must deal with on a daily basis.

Women are admittedly portrayed negatively in regards to their sexuality in the Bible. These texts are difficult to swallow sometimes, but they cannot be separated from the context of the culture in which they are being discussed/written. Women were considered property and their roles as sexual beings were defined by the role they played in such society. Fertility and family line were incredibly important; therefore, it was necessary to control the sexual roles of women. Although we now understand more clearly the inherent worth in women, and although we now are in a new culture with surrounding emphases, it comes to a shock that the modern Christian does little to redefine the role of the female life that bears the image of God.

In a culture where we make the identity of women solely based on their sexuality, we simultaneously shame and detest any expression of sexuality the woman chooses for herself. The sexual role of the woman is treated as so valuable and influential in our society, and yet we are disgusted with it whenever we do not control it. This concept is stressed subtly even in the ways we talk to Christians about sex. Our theology, teachings, and interactions with other believers are living witnesses to this belief that becomes so detrimental to the self-confidence of young women.

Whether it’s purity retreats, vulnerable small group discussions, or a sermon series, the Evangelical church seems obsessed with discussing sex with teenagers. The discussion singles out females often as not only the one who is affected by the sin, but also the one who caused it in the first place. Jesus’ words in the sermon on the mount are used to tell men that their lust is as evil as adultery, but in reality, young women are told they are the ones responsible for the behavior and impulsive thoughts of their brothers in Christ. Men cannot really be expected to control themselves when there is a female body present, right? The responsibility is always on the young women to help keep these men from stumbling.

During high school, I became a part of the Evangelical church, and I’ve seen many different churches all have this same flaw. This discussion comes up all the time when it is time for a retreat – often the girls are prohibited from wearing certain types of bathing suits, shorts, tops, etc. I’ve never seen, however, men being expected to change their attire. Perhaps the better solution would be to address the prevalent attitude of the objectification of women in young Christians. We attend churches in which young women are shamed for having bodies that supposedly threaten the spirituality of other believers.

Many Christians hold beliefs that are dangerously close to the early church heresies of Docetism and Gnosticism. This comes from the great emphasis that churches place on the sinful condition of humanity. When early Christians were debating questions like the identity of Christ as divine, human, or some mix, Docetism arose as the belief that Jesus only appeared to be human, but was instead fully spirit. The human condition was too messy for God to inhabit fully without becoming something other than God. Similarly, Gnostics sought to rid themselves of bodily ties, and desired to become wholly spiritual.

The church falls into this same trap today when it sees the human condition as inherently unholy and sees human sexuality as a side-effect of our brokenness. For young women, this only emphasizes the belief that the body is something to despise and overcome. How often are we told to cast aside our sexuality and find wholeness in Christ? Women in the US are already dealing with mixed messages in secular media telling them their bodies are not perfect enough. How much more hurtful is it then to go to your faith community and be told that your body is not only ugly, but also inherently sinful? Body image disorders are increasingly more common among women, and Gnosticism in the modern church will only make that problem worse. Women need to be taught not that their body is a damaged inconvenience, but the truth in that it is a beautiful home that should be celebrated and embraced with love.

Cognitive Dissonance, being the name of this blog, is a term that has adopted deep meaning for me through the past few years. It is a psychology term used to describe the psychological discomfort one experiences when having two conflicting beliefs at once. It is in the wrestling between these beliefs that I have grown and found true faith. (There might be a blog post in the future with more on that subject.)

Sexuality is an area that has led me to experience cognitive dissonance in church before. I was told that I was valuable, made in the image of God, and that Christ loved me beyond my own comprehension. At the same time, I was being told that my body was worthless, that I should not be confident with it, and that any sexual sins were simply unforgiveable. How can those two things make sense simultaneously? It was absolutely exhausting for me to continue changing my view of myself and my body every day.

When you experience these things in your own church, you should experience cognitive dissonance. You need to be aware of the inconsistencies and realize that it simply does not make sense. When you preach that God is love, and then you fail to see the inherent worth in a female body, you need to experience cognitive dissonance. You need to open your eyes and invite yourself to reform your beliefs. I challenge you to lean into that discomfort, explore the avenues of each possibility, and ultimately be led to action. Do this in response to the injustice we see facing so many women who are trapped by our conceptions of their sexuality. Let them reclaim their bodies and celebrate themselves. Challenge yourself to accept and embrace the experience of cognitive dissonance and see for yourself how it can be transformational for your own faith journey. 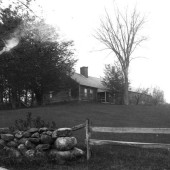 Kayla Collins is a Psychology and Biblical Studies student at Judson University (Elgin, IL). She currently works at the University's Writing Center as a writing tutor, while also tutoring in Biblical Studies. In her free time, Kayla enjoys hiking and being outdoors, reading, and spending time with her husband Philip.