Anna’s story can be told in three stages: There was tragedy early in her life, then came the temple where she lived most of her life, and finally came the testimony God gave her towards the end of her life.

Simeon, most likely a priest in the temple, had been hoping all his life on the fulfillment of a prophecy he had been given. Now a very old man, and an otherwise perfectly ordinary, routine day, this prophecy the Holy Spirit to make a prophecy of his own. And right by his side,

There was also a prophet, Anna the daughter of Phanuel, of the tribe of Asher. She was of a great age

She is already notable for being named a prophet, but more than that, she is the only named woman prophet in the whole Christian testament. Philip the Evangelist had four unmarried daughters who were prophets, and evidently in the first century church were many women who prophesied. But only Anna is named.

Through Anna, we learn that

God surely meant for Simeon’s and Anna’s prayers, prophesy, and proclamation to strengthen and encourage Mary and Joseph as they began to raise the most unique person who has every lived, God the Son, the Lord Jesus Christ.

But God’s purpose in Anna goes so much farther! Tragedy in Anna’s life became an opportunity to live for God. For you and I today her life reveals the joy and satisfaction that comes with living close to God, living fully every day, full of hope, full of joy, full of love, and the reward patient faith in the Lord brings. 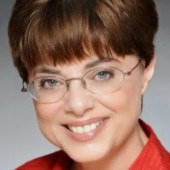