Therefore, despite worshiping idols, those living in the Ancient Near East (ANE) could capture glimpses of truth.[2]

Members of those societies embraced several creation accounts current in their day. Genesis 1 emerges as a very deliberate statement of the Hebrew perspective of creation over rival views.[3]

Moses appears to have edited preexisting material and his own writing into one coherent document shortly after the exodus.

Joseph likely received the family records of Abraham, Isaac, and Jacob after Jacob elevated him to the position of firstborn (Gen 49:3–4, 22–26; 1 Chr 5:1–2). This explains the lengthy treatment of Joseph’s life Gen 37; Gen 39–50). Moses apparently utilized these documents when writing Genesis.

Coming from approximately seventy years of slavery,[4] the people of Israel needed a reminder of the history of God’s covenant with them and their ancestors.

The Bible was written for us who read it today but not to us (1 Cor 10:11). Therefore, we can gain new insights by reading the Old and New Testaments through the lenses of ANE, first century Jewish, and Greco-Roman culture. When we read the Bible, we are looking over the shoulders of people living in very different cultural contexts.

As we comprehend their circumstances and viewpoints, we gain a richer understanding of Scripture.[5]

Moses received his education in Egypt’s court as the son of pharaoh’s daughter. He gained unique access to the ANE myths which show close connections with Genesis 1–11 (Exod 2:1–10; Acts 7:20–22).

For example, scholars date both the Atrahasis Epic from Mesopotamia and the Eridu Genesis from Sumer earlier than 1600 BC.[6]

These works exhibit commonalities with Noah’s experiences and some very important differences. By reading this ancient literature, we can better grasp what Moses sought to communicate in the text of Genesis.[7]

Since poets arrange words to elicit images in our minds which create an emotional response, our interpretation of Hebrew poetry should focus upon what the entire passage seeks to communicate.[8]

Both Augustine, a 4th century bishop, and John Calvin (1509–1564) recognized that Moses wrote of these events in a way which his audience would understand, rather than in a scientific manner.

Usually, even a non-Christian knows something about the earth, the heavens, and the other elements of the world, about the motion and orbit of the stars and even their size and relative positions, about the predictable eclipses of the sun and moon, the cycles of the years and the seasons, about the kinds of animals, shrubs, stones, and so forth, and this knowledge he holds to as being certain from reason and experience.

Now, it is a disgraceful and dangerous thing for an infidel to hear a Christian, presumably giving the meaning of Holy Scripture, talking nonsense on these topics; and we should take all means to prevent such an embarrassing situation, in which people show up vast ignorance in a Christian and laugh it to scorn.

The shame is not so much that an ignorant individual is derided, but that people outside the household of faith think our sacred writers held such opinions, and, to the great loss of those for whose salvation we toil, the writers of our Scripture are criticized and rejected as unlearned men.

If they find a Christian mistaken in a field which they themselves know well and hear him maintaining his foolish opinions about our books, how are they going to believe those books in matters concerning the resurrection of the dead, the hope of eternal life, and the kingdom of heaven, when they think their pages are full of falsehoods on facts which they themselves have learnt from experience and the light of reason?

Reckless and incompetent expounders of Holy Scripture bring untold trouble and sorrow on their wiser brethren when they are caught in one of their mischievous false opinions and are taken to task by those who are not bound by the authority of our sacred books.

For then, to defend their utterly foolish and obviously untrue statements, they will try to call upon Holy Scripture for proof and even recite from memory many passages which they think support their position, although they understand neither what they say nor the things about which they make assertion (Cf. 1 Tim 1:7).[9]

Moses, who had been educated in all the science of the Egyptians, was not ignorant of geometry; but since we know that Moses everywhere spoke in a homely style, to suit the capacity of the people, and that he purposely abstained from acute disputations, which might savor of the schools and of deeper learning; I can by no means persuade myself, that, in this place, contrary to his ordinary method, he employed geometrical subtlety.

Certainly, in the first chapter, he did not treat scientifically of the stars, as a philosopher would do; but he called them, in a popular manner, according to their appearance to the uneducated, rather than according to truth, “two great lights.”[10]

In segments of our society, people have erected a false dichotomy, asserting that science and the Bible clash. Yet scientists seek to answer how the world and humanity came into existence, while theologians ask why they were created. No true conflict exists.[11]

Science reveals the process which God chose to create the universe. It does not pose a threat to our faith.[12]

Therefore, the question we seek to answer when studying Genesis is “What did Moses intend to communicate to his original audience?”[13]

In the first chapter of the bible, each element of nature and all the animals played a role in the Lord’s plan for the world. Therefore, he described them as “good.”[14]

However, the climax of God’s creative work was the creation of people, those whom he made in his own image. He called them to live in close fellowship with God, acting as stewards of the world he created.

After making Adam and Eve, the Lord then affirmed his work as “very good.”

[A related post is Author and Date of Genesis]

[1] Where an excerpt of the Bible appears in quotation marks, this is the author’s translation from the Hebrew Biblia Hebraica Stuttgartensia (BHS) or the Greek Novum Testamentum Graecae, 28th ed. (NA28). In order to preserve the emphasis of the biblical authors, I retain the word order whenever possible. Hebrew and Greek writers placed what they considered most important first in the sentence or clause. 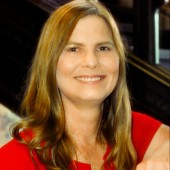 I am a graduate of Gordon-Conwell Theological Seminary, twenty-three year Bible teacher, member of the Society of Biblical Literature, published medical writer and editor, recipient of an education award, and Positive Coaching Alliance Champion. My passion is bridging the gap between the academic world of theologians and the sphere of the typical church member. Based upon the Hebrew and Greek texts, my writing examines Scripture from the Ancient Near Eastern, rabbinic Jewish, and Greco-Roman perspectives of the original recipients.