Somewhere over the last two centuries, the Church has lost her way. Started as a nonviolent movement of radical hospitality, peacemaking, and enemy love, the Church today is more known by many as a power-hungry, coercive, selfish body of judgmental believers who harbor a superiority complex. In many ways, the Church we see today has forsaken the original call in favor of its own agenda. If we want the Church to have a word for the world today, to have something to offer to the hurting, the rejected, and the oppressed, we must reclaim our original calling, and fast.

“I have said this to you, so that in me you may have peace. In the world you face persecution. But take courage; I have conquered the world!”

Part of losing our way, I believe, is losing our understanding of suffering. Between prosperity preaching and political power, we have relativized Jesus’s teachings, and placed caveat after caveat, loophole after loophole, in some of Jesus’s most radical and significant teachings. We quickly rationalize every teaching that doesn’t make us comfortable as being a “spiritual teaching” (as if you can separate the spiritual from the physical), or we trivialize Jesus’s message with a good dose of “common sense.” “Surely Jesus didn’t mean we have to love our enemies, or turn the other cheek, or go the second mile,” we say. We seek way after way to make the Gospel message comfortable to our current state of affairs, and in so doing weaken the message and rob it of its significance in the world today.

Ever since Constantine declared Christianity the official religion of the Roman Empire, the Church has wielded its power poorly. In this moment, Jesus’s alternative reality, his representative to the world forsook nonviolence, peace, and enemy love for violently wielding the sword against our enemies, and creating meanings behind the text of scripture that simply aren’t there to justify our decisions. The Church, from this moment, has all too often sought political power, comfort, and security. The American Evangelical church by and large has done these things all while, incredibly, maintaining a persecution complex. The Church’s quest for political power has led it away from God’s calling for the Church to embody God’s Kingdom reality in the midst of the world today.

It is in embodying this Kingdom reality that we can expect to face persecution. The early church did not face persecution because of particular doctrinal beliefs, but because the Church sought to subvert the Empire. Where the Empire relied on violence, fear, and oppression, the Church answered with peace, love, and liberation for the captives. In standing apart from the Empire in this way, the Church opens herself up for persecution. When the Empire is threatened by the Kingdom, it will respond every time, the only way it knows how, with violence. It is imperative that the Church refuse to respond to violence with violence, fear with fear, or oppression with oppression. We must take Jesus’s words seriously. We will face persecution in the world, but we are comforted in knowing that Jesus has defeated the world. The Empire has been shown to be a sham, merely a caricature of true power.

The Church can speak a message of hope and liberation into the world today if we will only reclaim our original calling, and open ourselves up for persecution. We must be willing to suffer for our faith, as Christ suffered for us. If we allow common sense to dictate our interpretation and application of scripture, we will inevitably fall short of all that is meant in the radical teachings of Jesus. Instead of being called to seek comfort and security, and focusing on our own individual well-being, the Church is called to care for those who are forgotten, who live under the boot of the Empire. When we do this, we give the Church a vital message for the world that is very much needed.

Coercion, fear, and violence have never been a part of the plan for the Church, but the falling away. Nonviolence, peace, enemy love, radical hospitality, and welcome of the stranger have always been the work of the Church. We would do well to work to reclaim these original messages of hope in the midst of the darkness. 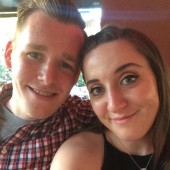