Psalm 42: A Holy Longing; A Craving for God

“As the deer longs for streams of water so I long for you, O God,” declares verse one of Psalm 42. It has always been intriguing to me because of the many different translations of the verb “longs for” found in different versions of the Bible and in different languages. I read the Bible in Spanish, German and English, but I cannot read the original Hebrew. My good friend Jim Engle, retired professor of Old Testament and Hebrew scholar, tells me that the Hebrew word used here is only used three times in all the Hebrew scriptures; twice in this verse alone.
The following are the various renditions from the three languages I read, garnered from different versions of each on Biblegateway.com. Spanish: pants, bellows, longs for, searches for, is eager for, clamors, wishes for; German: cries, brays, lusts for, drools over; English: pants, longs for, and craves.
Spanish seems to have the most variety, with English, in spite of having the most available translations, the least. Of the 12 different renditions of the phrase that I found, four are specifically related to animal noises: pants, bellows, cries, and brays. This would be consistent with this verb’s use in the only other place: Joel 1:20 in the Hebrew Scriptures. In all of its uses, there is a relationship between an animal and the need to satisfy its thirst. It is obvious that neither animals nor humans can exist for long without water.
“Longs for” is the most consistent use in the numerous English versions I checked. Although German has a perfectly good verb to express the idea of “longs for,” it was not used in the five versions I checked. The verb that means “lusts for” was the most consistently used in German. Indeed, that expresses an extreme longing. I am wondering why no English version uses the verb “yearns,” which in my mind connotes a stronger urge than “longs for.” 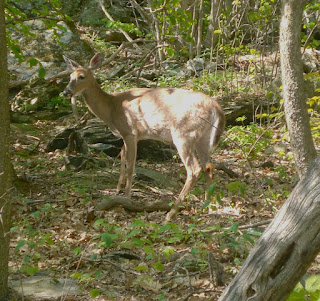 Whatever word is used in this passage, it is a clear metaphor of a thirsty animal searching for water, and it is a strong one. There is little more important for bodily health than quenching one’s thirst, whether human or beast. Like quelling thirst for the body, our longing for God is fundamental. Deep within all of us is a yearning for a return to the God-image buried beneath many layers of socialization and cultural accommodation, waiting patiently to be rediscovered. This is a holy longing.
The Psalmist becomes disquieted, or restless (v. 5) because of his intense longing for God and the taunts of his enemies. “ My soul thirsts for God, for the living God,” continues the Psalmist in verse 2. “Where shall I come and behold the face of God?”
Our culture tries desperately to mask this holy longing and to fill it with everything but God. Even sincere Christians get caught in the trap. We always compare ourselves with those who have more talent, better looks, more athletic ability, more whatever, and we end up loathing ourselves. The advertising industry tells we can fill this insatiable void with buying things. When getting these things doesn’t satisfy, we turn to drugs, alcohol, sex, or many other addictions to make us feel better. It is a never-ending cycle of acquisition, obsession, acquisition and obsession.
“Our hearts are restless until they find their rest in God,” wrote Saint Augustine. This holds as true today as it did 16 hundred years ago—perhaps even more so, since not only do we have more distractions, but also because there is so much more denial of a need for God.
If we recognize that the lonely void that we feel in our being is a holy longing, a thirst for God, we will be less apt to fill this longing with things “where moth and rust consume and where thieves break in and steal” (Matt. 6:19).
Some ways to work at satisfying your holy longing from previous posts:
Sabbath rest
Music and prayer
Imagination, Myth and Dreams
Dreams
Repetition and Spiritual Discipline
How do you yearn, long for, lust after God?  How do you quell your thirst for God, your holy longing?