An interesting travel story from two years ago that I am re-posting as we enter a season of higher travel. I went through the following harrowing experience traveling from Guatemala to Mexico with 19 students and my wife. Fun to read now, it was anything but fun while we were going through it. Enjoy . . . 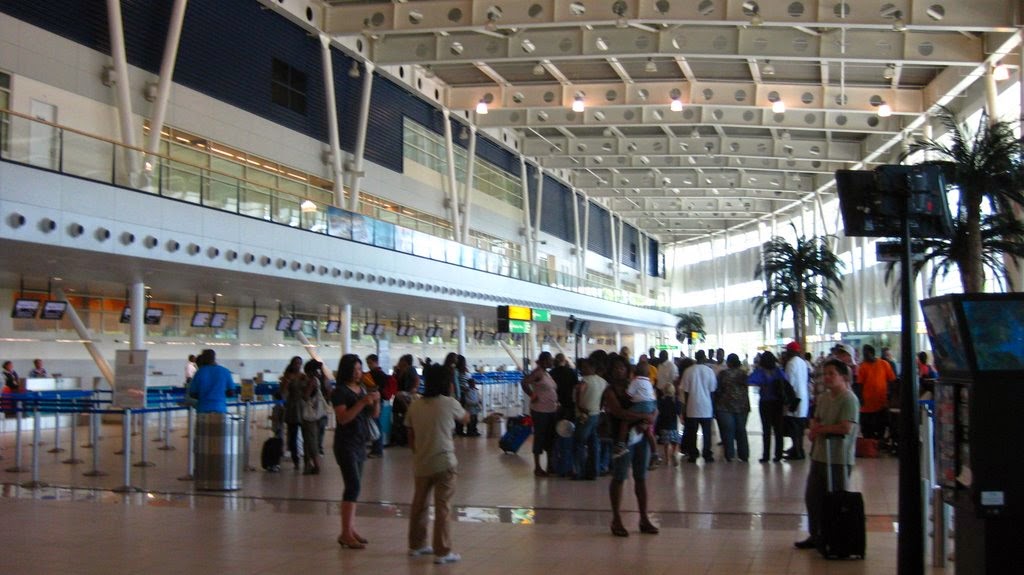 On Saturday, March 17, 2012, 19 students, my wife and I, were scheduled to fly from Guatemala City to Mexico City through San Salvador, TACA airlines’ hub. What a harrowing experience we had. We arrived in plenty of time to get the group through check in, but when our first student reached the counter, there was a long delay so I went up to investigate, and the woman trying to check in our student said that she could not find our electronic ticket number for the trip. I gave her several other names of members of our group, and she found some information about us. She saw that we had been on our flight from Washington, D.C, to Guatemala City, and could see our return trip from Mexico City to Washington D.C. through San Salvador, but she could not find the portion of our trip to get to Mexico—where we were hoping to go.
After searching for some 30 minutes, she found our names as being reserved; she just could not find our e-ticket number, and therefore could not confirm that we had paid for the flight. She asked me for our reservation number, and I knew I had packed it and knew exactly where it was, but I couldn’t remember which suitcase to find the folder. With all the activities of the last day in Guatemala, who would have thought enough to put that number right with my passport, anyway? Electronic tickets are so handy and I’d never had to produce such a number before!
Rather than search through Esther and my three suitcases, we decided to call our agent MTS Travel’s number on our itinerary. I don’t know who I talked to, but she had a very heavy accent and the airport was so noisy that it was REALLY hard to hear OR to understand her, and she got very frustrated with me when I made her repeat stuff. The TACA employee tried several of numbers that MTS Travel gave to no avail. One of the numbers MTS gave turned out to be the reservation number for the group that I was located in a file somewhere in one of our suitcases. Unfortunately, that number did not produce any results at the counter either. Finally, realizing that we DID have seats reserved, and that there were only a few minutes remaining to be able to board the plane, a supervisor decided to check us in, saying that we would be re-issued e-tickets from the central office in San Salvador to solve the information gap on their computers. They hurried us through check-in and we rushed through security and we got to the gate just as they had begun boarding. The plane took off only a few minutes behind schedule. It’s a good thing they rushed us thorough check-in because a preliminary weighing of our bags revealed that about one-third of our group’s bags were overweight. Lots of souvenirs bought in Guatemala!
I breathed a sigh of relief as I settled into my seat. It would have been one thing to be in the situation I was in if I had been traveling alone, but being in that situation with 20 other travelers was nerve-wrecking to say the least. At one point TACA’s ticket counter employee asked me if it would be all right for us to take a direct flight to Mexico City at 8pm that evening since our problem was unsolvable to get on the current flight, and that would give them more time to work it out. I hoped to avoid that if at all possible—I couldn’t imagine entertaining a group of 19 tired, hungry, potentially grouchy students for 12 more hours at the airport in Guatemala City. I also hoped to avoid trying to call Mexico to change arrangements for our pick up without having a phone with me or access to the Internet.
But the story doesn’t end there. We were only headed to San Salvador, and we had to change planes there to get to Mexico City. As part of our check-in process, we had received boarding passes for our Salvador-Mexico leg, but when we started to board, they saw a “show ticket” warning on the boarding passes and stopped us again at the gate. Apparently TACA’s San Salvador central office had done nothing, and we were again in limbo. For some unknown reason, I had shoved into my pocket a piece of computer-print-out gobbeldygook from my interchanges with the airline agent back in Guatemala. How I remembered that piece of paper in my pocket, and was aware enough to hand it over to the agents at the gate, I will never know. Why I hadn’t thrown it away somewhere between Guatemala and the long concourses at the San Salvador airport, I will never know either. Apparently those funny configurations of numbers, letters and explanation points must have made sense to the TACA counter agents in San Salvador, or perhaps they made sense to the computer, because after they started plugging them into their computers, they worked like magic. We were on the plane to Mexico.
My sigh of relief as I now settled into my seat must have been heard around the world. We were rewarded for our ordeal after arriving to the airport in Mexico City. We had a two-hour inter-city public bus ride ahead of us to get to Puebla, our final destination for the next five weeks. Entering the bus we were handed a plastic bag of free snacks including one of my favorites from Mexico, Japanese peanuts, and a free drink of our choice. There was also free Wi-Fi for the trip, so I quickly checked the Phillies score on my iPod, then turned on some music and closed my eyes—relieved and contented. As we traveled through the pass between the two snow-capped volcanoes, Popocatépetl and Iztaccíhuatl, I sent a prayer of gratitude heavenward; not only for getting through the computerized messes at the airports, but also for keeping us safe along the way.