Patriarchy is the system of a society which grants a male perspective, power and principles greater pull than women’s, even though both are equally human.  In the Jewish tradition Jesus grew up in, both equality between sexes and a male-centric view was available, but his society was focused on the male.  Only men were granted places of authority, only men were allowed to interpret law (which gave them control over politics and ethics), and men alone were allowed to conduct family business.

It must be admitted that Jesus upheld the patriarchy at points.  Only men were allowed to be in the inner 12, and he allowed men to buster and command as if they were really in charge of his community.  Nevertheless, there are a number of ways that we can see that Jesus was trying to undermine the male-centric society. 1.  Jesus took on female disciples
Jesus was running a religious/political school, and there were some rules about how these schools worked, one of which is that no female students allowed.  They would distract the men, and women wouldn’t be allowed to interpret the law or wield influence (If you aren’t sure on this, watch Yentl).  But Jesus welcomed female students.  There was a small group of women who “followed” him just like the male disciples.  And Jesus openly encouraged Mary, the sister of Martha, to participate in his teaching sessions, saying, “She has chosen the better part.”

2. Jesus defended women over men
While a teacher might approve of something a woman said, in a patriarchal society they wouldn’t support a woman over a man, because this would shame the man.  Jesus, however, publicly rebuked men when they were on the wrong side of an argument with a woman.  Jesus sided with the woman anointing him over his disciple, Jesus even sided with a prostitute over a high-standing politician in the politician’s own party.  In fact, we have no example of Jesus siding with a man over a woman.

3. Jesus promoted “feminine” virtues over “male”
Most teachers of Jesus’ day upheld the principles of law and justice in judgment was the most essential principle.  Jesus, on the other hand, upheld the more “feminine” or relational, gentle virtues.  He told the Pharisees to learn this verse: “I desire mercy and not sacrifice.”  He spoke of love, humility and compassion as the principles which causes one to be right with God and to build a spiritual community on. 4. Jesus defended “non-feminine” roles for women
Jesus found himself in an argument between two sisters, Mary and Martha.  Martha insisted that her sister not be lazy, but to take on her proper role in the patriarchy, which was to serve the men.  Jesus took Mary’s side, claiming that her role of being a student is better than her traditional female role.  I’m sure Martha was fuming that she didn’t have help doing the dishes.  If Jesus had been on the ball, I’m sure he would have sent Judas to help her.

5. Jesus taught equality between husband and wife
In Genesis, there are two creation stories of the forming of men and women.  One supports men and women being equally created and unified in marriage.  The second promotes patriarchy, teaching that women were created from the “side portion” of men.  Jesus never mentions the second story, but quotes the whole passage of female equality in relation to a matter of divorce, in which women got the worst end. 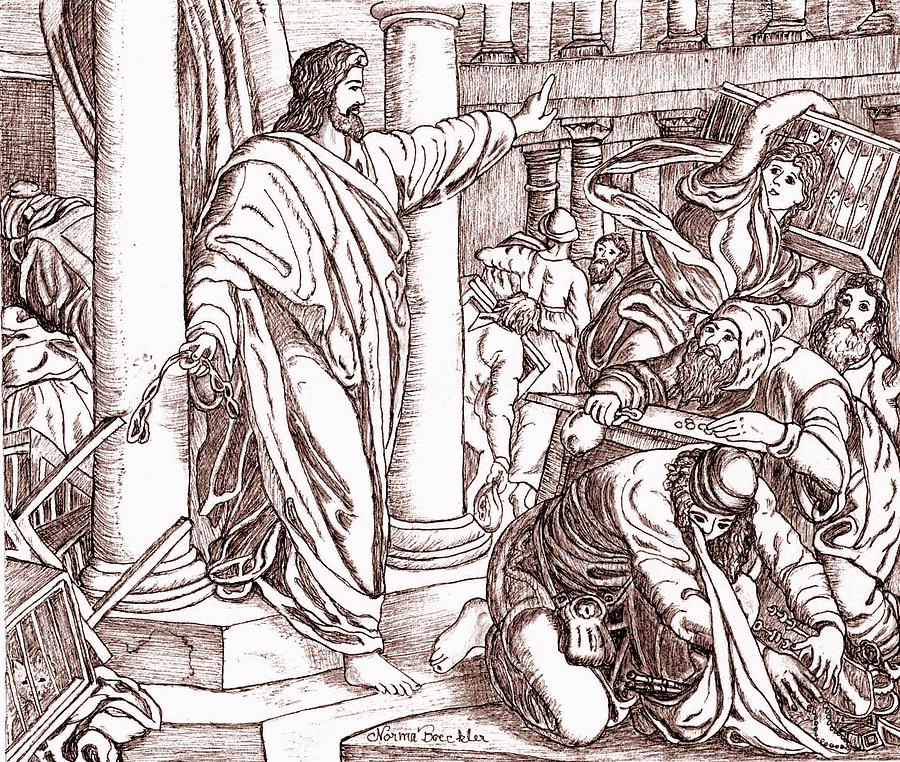 6. Jesus kicked the businessmen from the woman’s court
It was the policy of the high priest of Jesus’ day to allow people to exchange image-filled money with temple-approved money for sacrifices.  But Jerusalem was short on space, so the high priest allowed the money-changers to conduct their business in the “women’s court”, which was the only part of the temple women were allowed to worship and pray in.  Jesus threw the businessmen out, changing the high priest’s policy, reserving the space of women’s worship to be for them.

7. Jesus called himself a mother hen
In his sorrow over Jerusalem, Jesus proclaimed, “How I longed to gather you as a hen gathers her chicks.”  Not a great blow for feminine equality, but his heart is in the right place. 8. Jesus defended a woman caught in adultery
The famous story about Jesus and the woman caught in adultery is often placed in the book of John, but it doesn’t really belong there.  Some old manuscripts place the same story in Luke, but it doesn’t really belong there, either.  We don’t know where it goes, or if it’s really something Jesus did.  But we think it sound like something Jesus would do.  Why?  Because he defends a woman, who was “caught in adultery”, but the men who brought her didn’t bring the other culprit she was caught with.  Again, Jesus in this story promotes the female principle of forgiveness over punishment. 9. Jesus gave a woman primary place in his gospel
There is only one person whom Jesus guarantees a place in his story: the woman (some say Mary) who anointed his feet and who got yelled for it.  Jesus said, “Wherever the gospel,” (gospel =  good news of victory) “is taught, what this woman did will be told.”  This woman’s act is central to Jesus’ victory over the society of the world.  Partly because it was a woman who did it.  Without women, Jesus recognizes, his story would never be told.

10. Jesus recognized a woman’s gift over the wealthy
In looking at the givers to the Temple, Jesus recognized one person over the rest—a woman who had no standing in society, no way to make money because she had no husband to stand for her.  She gave a small coin, but because it was all she had to live on, Jesus proclaimed her gift the greatest.  (He did not, however, say it was just, as he rebuked those who collected the money as “devourers of widow’s homes.”)

11. Jesus’ first resurrection witness was a woman
The greatest thing for woman Jesus did was for Mary Magdalene.   She was the first–and for a while, only—witness of Jesus’ resurrection.  This was in a society in which woman couldn’t be a legal witness, where men didn’t have to believe women’s testimony.  But Mary was the one Jesus trusted to tell the story without twisting it.  No matter what, every man who told the story had to admit that a woman knew about Jesus’ resurrection before anyone else.  That she had to tell them, because they were in the dark.  This is a fitting beginning to a society built upon equity.

Too bad it fell from that lofty position so quickly and firmly. 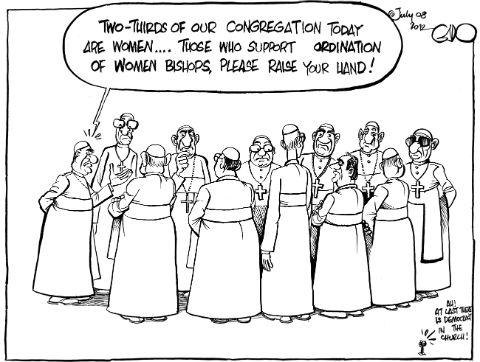