The Ecclesiastical Side of the Moon

A friend of mine just listened to Dark Side of the Moon for the second, and probably last, time.
I know, right?  How can anyone listen to it just twice?  But that’s what he did and he declared it “not for me”.  He said that he can see some good things, but he just can’t put the “out of this world” music with the lyrics that are trapped on this earth.  He specifically pointed out the lyric, “Home/home again/ I like to be here when I can/ when I come home cold and tired/ it’s good to warm my bones beside the fire.”  He can’t see how that lyric fits with the mystical music.
This is my response to him:
I am a Pink Floyd fan but I cannot tell you to like what you obviously don’t.  Tastes differ.  ;(
But I will say that the tension between the spacey music and the solid, sometimes harsh lyrics really works for me.  In fact, I didn’t care for the album either, first time I heard it, until I got into the themes and realized that they all worked together.

The theme of the album is, in proper Floyd fashion, “That which makes one go mad.”  So the lyrics speak directly about social pressures and nihilism and lost expectations and war… while the music speaks of the inner state of the mind.  The album goes back and forth between being TOO involved in reality (On the Run, Great Gig in the Sky, Money, Time) and music that speaks of a growing disconnect from reality (Breathe– a search for peace not found in this world; Us and Them, Brain Damage).
The keystone of the album, to me, is Great Gig in the Sky, which is on the surface about religion with the gospel voices moaning in ecstasy which moves slowly to screaming agony and then back down again to acceptance.  This is almost orgiastic, speaking possibly of the sexual connection of religious fervor.  But it also speaks to the movement of the mind that is the heart of the album.  The mind realizes the tension it is under until it finally screams under the suffering and agony of reality.  Finally, it just breaks, suddenly, and achieves the peace it had been longing for from the beginning.  But it could only achieve this peace by no longer being associated with reality at all.
So you might see why this album is so powerful to me.
Another aspect of the album is it’s strange connection to the Old Testament book, Ecclesiastes. The “preacher” of Ecclesiastes speculated on some of the same considerations that Roger Waters focused on in his concept album.  The futility of pursuing daily life, and the theme of madness, which the preacher calls “vanity” or meaninglessness.  “A striving after wind.”
Below are some quotes from each work of art side by side for comparison and meditation: 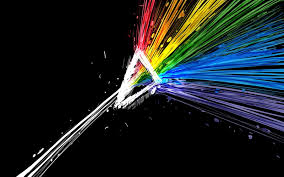 I said of laughter, “It is madness,” and of pleasure, “What does it accomplish?” (Ecc 2:2)
“I’ve always been mad, I know I’ve been mad, like the most of us…very hard to explain why you’re mad, even if you’re not mad…”
Thus I considered all my activities which my hands had done and the labor which I had exerted, and behold all was vanity and striving after wind and there was no profit under the sun. (Ecc 2:11)
Run, rabbit run.
Dig that hole, forget the sun, And when at last the work is done Don’t sit down it’s time to dig another one.
All things are wearisome; Man is not able to tell it. The eye is not satisfied with seeing, Nor is the ear filled with hearing. That which has been is that which will be, And that which has been done is that which will be done. So there is nothing new under the sun.
(Ecc 1:8-9)
The sun is the same in a relative way but you’re older, Shorter of breath and one day closer to death. 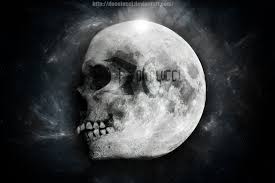 The wise man’s eyes are in his head, but the fool walks in darkness. And yet I know that one fate befalls them both.  Then I said to myself, “As is the fate of the fool, it will also befall me. Why then have I been extremely wise?” So I said to myself, “This too is vanity.”
(Ecc 2:14-15)
Long you live and high you fly And smiles you’ll give and tears you’ll cry And all you touch and all you see Is all your life will ever be.
For the fate of the sons of men and the fate of beasts is the same. As one dies so dies the other; indeed, they all have the same breath and there is no advantage for man over beast, for all is vanity. All go to the same place. All came from the dust and all return to the dust. Who knows that the breath of man ascends upward and the breath of the beast descends downward to the earth?
(Ecc 3:19-21)
Tired of lying in the sunshine staying home to watch the rain. You are young and life is long and there is time to kill today. And then one day you find ten years have got behind you. No one told you when to run, you missed the starting gun. So you run and you run to catch up with the sun but it’s sinking
Racing around to come up behind you again. 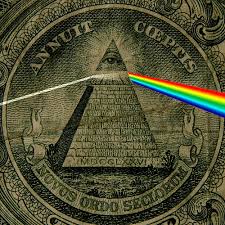 He who loves money will not be satisfied with money, nor he who loves abundance with its income. This too is vanity. When good things increase, those who consume them increase.
(Ecc 5:10-11)
Money, it’s a crime.Share it fairly but don’t take a slice of my pie.Money, so they sayIs the root of all evil today.But if you ask for a raise it’s no surprise that they’re giving none away.
A time to search and a time to give up as lost; A time to keep and a time to throw away. A time to tear apart and a time to sew together; A time to be silent and a time to speak. A time to love and a time to hate; A time for war and a time for peace.
(Ecc 3:6-8)
All that you slight And everyone you fight. All that is now All that is gone All that’s to come

and everything under the sun is in tune but the sun is eclipsed by the moon.
I have seen all the works which have been done under the sun, and behold, all is vanity and striving after wind. (Ecc 1:14)