The Futility of Shalom

At the birth of Jesus, the angels sang this to the shepherds:
Glory to God in the highest, and on earth peace.
This sounds like a promise to me, especially at the coming of Jesus.  A promise we can expect to unfold and be revealed by God, and soon at that.  A peace that the poor will be given what they need, oppression is not known, conflict is resolved in hope, and we all live in communities that comfort our sorrows.
But if there is one thing we can be guaranteed: there is no peace on earth.  And we have no real hope that there will be peace. Why no shalom?
Why is the greatest desire of humanity thwarted? Why can we not find peace?
The common Christian answer is sin. Sin has so warped the world that we cannot even recognize the peace that God originally created.  If that is the case, which sin?  The “Pat Robertson” sins of homosexuality and public lust? Are they the sins that cause wars and hatred?  What about the sins of not going to church or tithing?  Are they the causes of poverty and homelessness?
It is interesting that there is a book in the Bible whose main subject is just this: why is there no peace on earth, why can we not achieve shalom? It is the little-read book of Ecclesiastes.
Ecclesiastes is a short book, full of pithy, but depressing wisdom.  It’s main theme is the pointlessness of existence on earth, how it achieves nothing.  In the middle of a canon of scripture which has as its main theme the salvation of God, this seems like a strange inclusion. On the other hand, those who preach the Bible seem strangely optimistic in the midst of a world that does not reach its goals.  There should be a firm text in this huge variety of books that explains exactly why the salvation we seek is so far from our grasp.
There are many smaller lessons, but I want to expound on four in particular that explain why we do not have peace on earth:
1.       We seek the wrong answers
The teacher of Ecclesiastes said that he tested himself, giving himself over to the extremes of different pursuits of humanity.  For a time, he pursued drink to overcome his depression. The gave himself over to sex and lust.  He worked and toiled hard.  He sought entertainment and pleasures.  And in none of these things did he find any hope or peace.  Drunkenness leads to depression, lust leads to heartache, work ultimately leads to futility, and a life of laughter is just empty.  All the things we do to fill our lives, to make them less pointless, to bring us peace in our hearts, all end up causing no peace.  And which of these things brings peace to the world, assists the hungry and homeless?  The common ways of seeking a life of joy ends up with us on our heads.

2.       Society works against peace
In considering the plight of the poor, the teacher tells us: “If you see the poor oppressed, the rights of the needy denied, don’t be shocked.  Every minor leader has their supervisor and a lord is over them. And the man at top will demand his profit, and everyone in between.”  Every person wants to profit from what they do, and if they can’t profit from their own work, they will take advantage of those under them.
Our whole society is a pyramid scheme, and the poor are at the bottom, whom everyone takes advantage of.  And even when the poor do something amazing… “There was a poor man who delivered the city with his wisdom. But when the task was finished, no one remembered him.” The poor and needy, even when they could help society, because of the nature of their position, they will not be remembered.  While the powerful and foolish will be remembered and listened to for centuries, despite their idiocy.
3.       Greed
Yes, says the teacher, sin is the cause of our lack of peace. But is sexual lust our main problem?  It might be a personal difficulty.  But the sin that destroys societies is greed.  “The one who loves wealth never has enough.”  Those who accumulate possessions or wealth finds themselves addicted to a lifestyle of collecting.  However, when God established the world, he set an ample of items that would be shared with all creation—but not enough for all to have too much.  Even as God provided food in the wilderness, everyone had just enough, but no one had extra.  So those who collect excess wealth are actually stealing from those who do not have enough.  If some have excess, others have less.
And excess wealth doesn’t even help the one who collects it.  The greater number of possessions, the more one has to spend caring for and securing them.  This creates more labor.  But the teacher lets us know that the one who spends all their time collecting and caring for their wealth, then no longer has time to care for others.  He ends up asking himself, “For whom am I depriving myself pleasure for all this toil?” He obtains nothing for himself, because he spends so much time on obtaining, and he has no relationships to give his reward to. 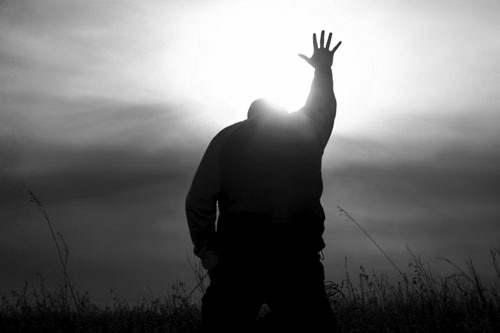 4.       We place all our eggs in the future
One of the main points of the teacher of Ecclesiastes is that we all work for a future that we do not obtain.  A person works for a good life, but that life is passed onto his children, not for him.  Another works hard all her life for justice, but never has peace herself.  In the end, life is full of striving and it ends in death, which is the end of all we have and accomplished.  Death is a sudden, solid, solitary end, beyond which no one really knows.
We like to think there is justice after death, some measure of peace, but in reality we don’t know.  All we know for certain is that there is no justice on earth. “The good receive what the wicked deserve, and the greedy receive what the merciful deserve.”
If you thought the idea of no peace on earth was hard to hear, the teacher has a lot of fun facts like these.
He does make some suggestions about how to live in a world lacking hope or peace.  First of all, obey the government, because that just makes your life easier.  Also, serve God, because he has the only hope for a future beyond this world.  But he also says, take time in your relationships.  Take joy in the people around you—your spouse, your children, your friends.  Enjoy them, appreciate them.  Because that is the closest we will ever come to having peace on earth.  Take time with them now, because we do not know if any other peace will be afforded us.