C.S. Lewis once wrote an essay entitled “Petitionary prayer: A Problem Without An Answer”**

Petitionary prayer is a prayer where we ask God for something. As Lewis saw it, the problem with petitionary prayer is that “Christian teaching seems…to contain two different patterns of petitionary prayer”, and that “no man, so far as I can see, could possibly follow them both at the same moment”.  The question Lewis could not find an answer to is: “How then, should we ask for things of God?”

The first pattern Lewis saw in scripture was, basically, to ask for things conditionally. We ask for things but frequently say “If it’s your will, God”. Lewis saw Jesus giving us this pattern himself in the Lord’s prayer, when he prayed “Thy will be done on earth as it is in heaven”, and then goes on to ask for bread, forgiveness, guidance. In Gethsemane, Jesus asks for the cup of suffering to pass, not with an assurance that it will happen, but instead with the exception clause “nevertheless, not my will, but your will be done”. This pattern is familiar enough to all of us, and Lewis says “such a submissive faith would seem to me…far better than any confidence that our own necessarily ignorant petitions would prevail”

The passages which show the second pattern most clearly are Mark 11:22-24, Matthew 18:19-20, & John 14:13. These passages are often curbed, softened, conditioned, and there are three common reasons for doing this, none of which Lewis thought were convincing**

In Mark & John, Jesus is not talking about a general faith in God’s goodness but rather, Lewis says, “precisely that we get ‘all the things’ we ask for”. This is made more obvious by the fact that the thing which instigates Jesus’ remarks in Mark 11 is Peter’s surprise that the fig tree which Jesus cursed the previous day, is now literally withered, dead. The significance of Jesus doing this to the tree in-and-of-itself is widely debated, but that question is irrelevant to how the event connects directly to Peter’s follow-up question and Jesus’ response, which is about prayer. Whatever the symbolism, Peter was just amazed, quite reasonably, that Jesus’ words had such power.

In Matthew 18, the condition of “two or more being present” is sometimes used to explain that it must be “the whole church” that prays together for the specific thing to be granted. But, Lewis quickly dissolves the potency of this pat-answer in the real-life scenarios he lived through, having seen World War II. He wrote: “I suppose that least twice in this century the whole Church prayed for peace and no peace was given her…And this at once raises a question which shows how frighteningly practical the problem is. How did the Church pray?”

Lewis also responds to the statement of some Christians, in reference to John 14:13, that only prayers that are made “in Christ’s name” will receive the “yes” response from Jesus. This view is usually implying that “in Christ’s name” is the same as “in alignment with Christ’s will” which is the same as “something that Christ specifically desires”. But, Lewis was uncomfortable with the idea of God telling us:

“I will grant you what you ask in faith” and adding, so to speak, “Because I will not give you the faith-not that kind-unless you ask what I want to give you”…there is just a faint suggestion of mockery.

In other words, it did not sit well with Lewis to simply say that when we do not have the faith to pray “truly in Christ’s name” (and thus when we don’t receive a positive answer to a prayer), we must assume that God simply hasn’t given that kind of faith to us, and that He won’t give it to us, because we’re not praying for something He specifically wants. I echo that sentiment, it seems manipulative, almost as though God were playing some sort of game with how and when we experience a deep trust in His power: When we pray for something that’s out of line with a detailed divine blueprint, God doesn’t give us the faith to pray for it effectively. When we pray for something that is in line with the blueprint, He gives the faith to us. The question then gets pushed farther back into whether our praying these prayers the first place, especially the prayers which God did not want to give us the effective faith for anyway, was in this divine detailed blueprint.

I think that one of the things that inhibited Lewis’ ability to swallow the full implications of the passages in Mark, Matthew, and John was the lack of a full-blown “warfare worldview”**. He does not bring up in his essay the possibility that spiritual opposition can delay an answer to prayer, even if we have this kind of faith, and even if Christ’s words are to be taken at face value. Neither does Lewis mention the passages in the Old & New Testament which explicitly connect the work of Satan to the ineffectiveness of a prayer made.

One thing to add before moving on is that the spiritual condition of the person praying, and of any recipients of the benefits of a prayer could also affect the outcome of a prayer, but I think we can now distill Lewis’s concerns to two sub-questions:

To these questions, I believe two specific passages offer specific responses, and I’ll share those in the next post.

**Lewis, C.S., in Christian Reflections. William B. Eerdmans Publishing Company. (1967). All quotes are from this essay

**For anyone who would simply dismiss the passage in Mark as hyperbole, Lewis says “…a sane man does not use hyperbole to mean nothing: by a great thing (which is not literally true), he suggests a great thing which is [true]” ibid. 146 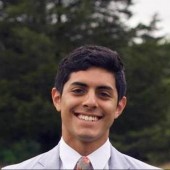